Helen Rae, the contemporary artist who broke down barriers in art, age and accessibility has died at 83.

Rae grew up in Claremont, California where her father was a professor at one of the Claremont Colleges. She was deaf and nonverbal, and learned sign language and other methods of communication, most importantly visual art. At 50 years old, Helen’s mother enrolled her in what is now the Tierra Del Sol Studio Art Program, where she discovered her own expressive language making ceramic masks, sculpture, watercolor, and colored pencil drawings that became her stylistic medium known around the world.

Creating art in a program for people with cognitive disabilities could have kept Helen Rae’s art in obscure venues and categorized as “outsider art” – a term that until recently was broadly applied to those artists outside of and uninfluenced by the art world. However, with the encouragement of her teacher Rebecca Hamm at Tierra Del Sol and the tenacity of The Good Luck Gallery principal Paige Wery, Helen’s work transcended traditional naming. 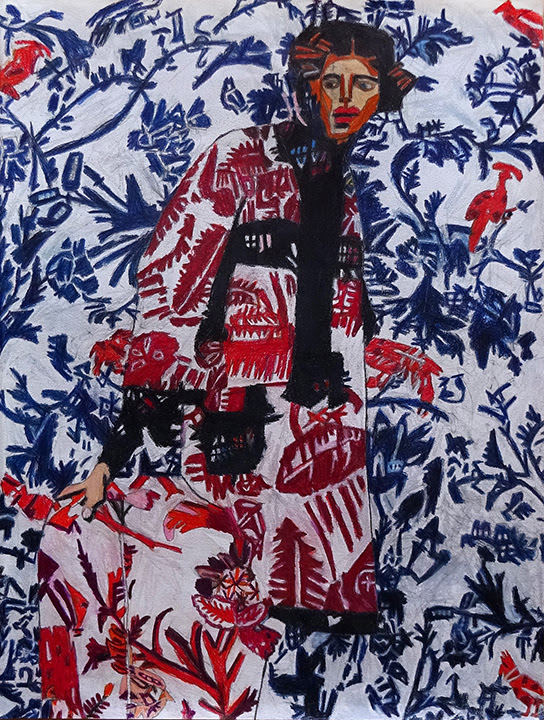 Wery gave Rae her first solo exhibition in 2015 when Rae was 77 years old. “I had a visceral reaction the first time I saw Helen’s drawings; her colors, intense mark making, unseen proportions, her subject’s stare, it all packed a powerful punch. Then I found out she was in her 70’s and had never had a solo show,” Wery says. “I’ve learned to trust those gut feelings much more now but at the time, I had no idea if other people would react similarly towards Helen’s work. I gave her a solo show and it was so successful that every work was acquired opening night.”

Helen Rae drew inspiration from fashion magazines that often have a central figure modeling designer clothes, glasses, jewelry and handbags. Rae poured over these images, selecting a range of brightly colored, patterned ensembles to subdued hues and poses, then set to work one the details that resonated in her own aesthetic vision. The results were profound and captivating. David Pagel of the Los Angeles Times noted in his review of her first solo, “Her laser focus is vivid in the abundance of detail, particularly in the complex patterns of the fabrics she selects and edits, judiciously simplifying some elements and making others more complex, irregular, mind-blowing.” 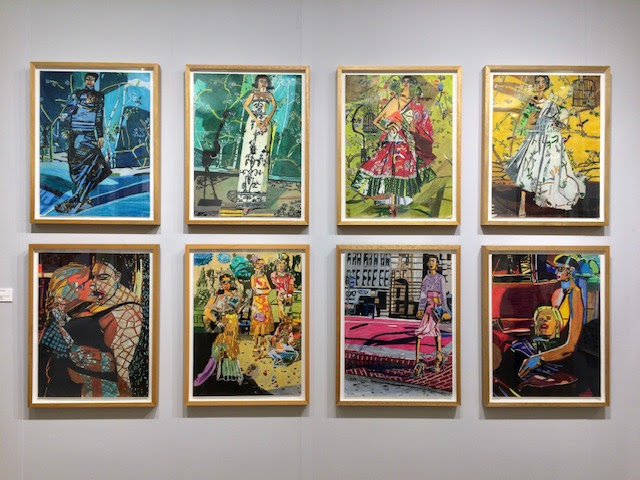 works by Helen Rae at the Outsider Art Fair NY, 2016

Rae’s meteoric rise in the art world started in LA’s Chinatown and traveled with Wery to New York and Paris in Outsider Art fairs and other venues, as well as through publications including Vogue magazine that featured Rae’s artworks alongside its own fashion spreads. References to her age and her abilities were mentioned, but the focus and interest was on her artistic style.

Helen Rae pushed boundaries in her visual language by using pencil to create vividly dense texture, abstracting figures and patterns into sublime imagery that was resolutely of the moment. She was unique in the contemporary art world because she was uninterested in the accolades she earned, although she was generous with her growing fans and collectors, happily posing for photos next to her work. But she was most concerned and driven by the exercise of making and expanding her perspective and subject matter. 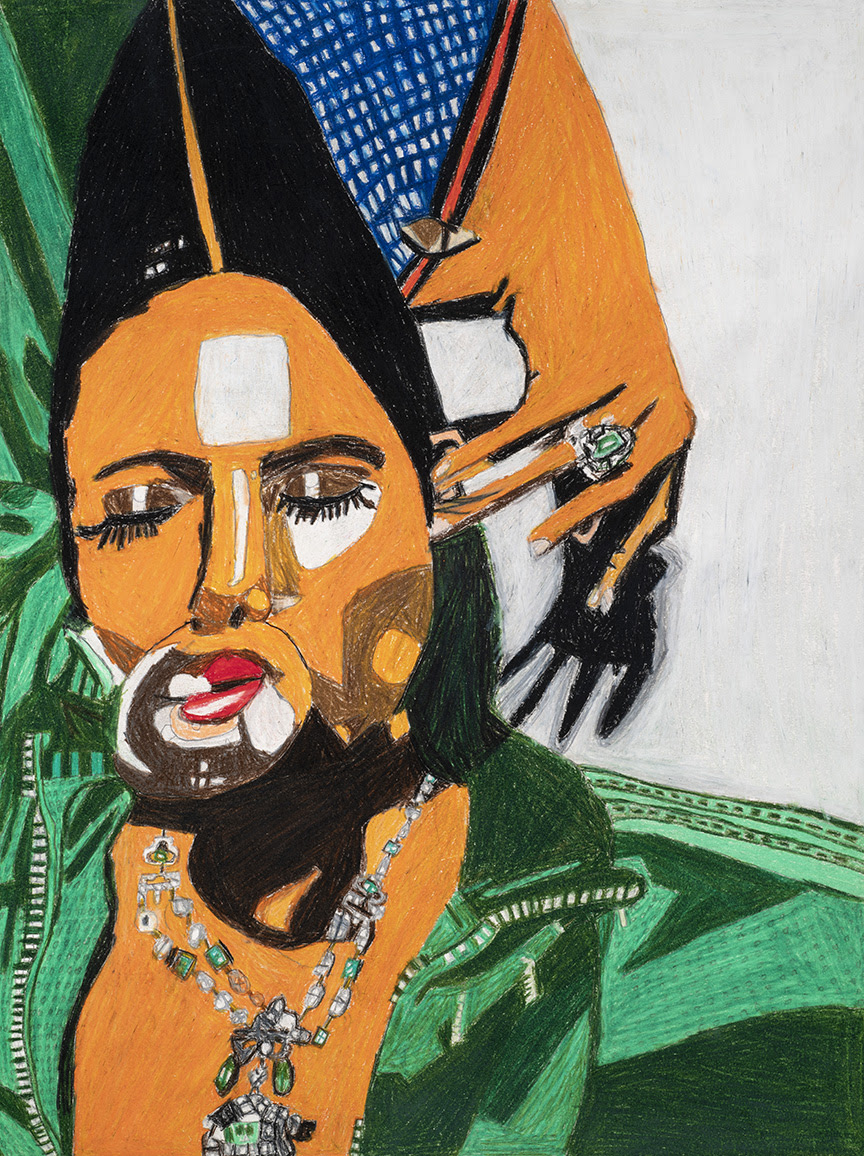 Helen’s last solo exhibition, at Tierra Del Sol Gallery last year, was titled The Evolution of Helen Rae because it showcased Helen’s portraiture as an emerging facet of her practice. At 83, she was always in pursuit of the visual imagery that enabled her to break free of the limitations the world tried to impose on her.

Helen Rae is survived by her brother, many Claremont church friends, the household where Helen lived and the Tierra Del Sol community that was like her extended family. Hamm who worked with Helen for 31 years offered this fitting tribute, “Helen inspired hundreds of artists she worked with in the studios and, before that, her early teachers who broadened her world with sign language. Her courageous life, joyful persistence and intensely creative work will live forever.”

In observation of the Labor Day holiday, Tierra del Sol’s campuses/office will be closed, Monday, September 6, 2021.  We wish you a wonderful and safe holiday. ***Associates who are considered essential workers and students who
View Calendar
From Our Blog
Copyright © 2021 Tierra del Sol. Website developed by Caspian Services, Inc. Department of Developmental Services (AB 1402 Disclosure) Our Privacy Policy

BREAKING NEWS!!! It’s Your Turn to Get VaccinatedAdvocacy, Blog